Governments of different countries in the world have developed and passed regulations aimed at phasing out incandescent light bulbs used in general lighting. These measures favor the use of lighting options that are more energy-efficient. The regulations effectively prohibit the production, shipment and sale of the bulbs supporting incandescent technology, especially the 100W, 60W and 40W ones. The incandescent bulb phase-out started in 2005 in Brazil and Venezuela and then in the European Union, Australia and Switzerland in 2009. Other many countries have followed suit in implementing the regulation standards while others are contemplating on taking the move. The involved regulation bodies strive to encourage people to use more energy saving bulbs producing the amount of light similar to the one generated by a typical 100 watt light bulb. 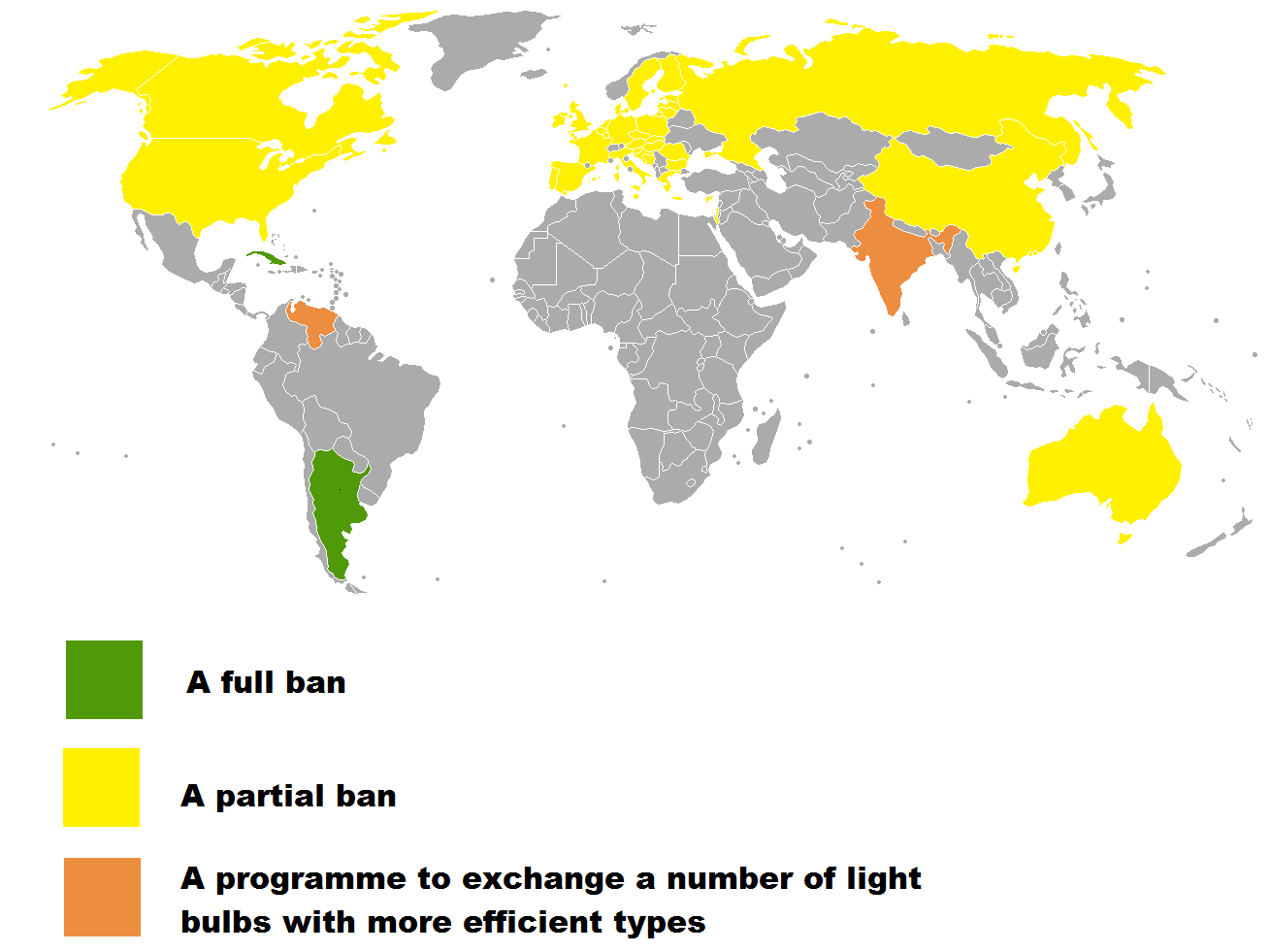 However, future incandescent light bulbs are allowed under some of the regulations if they prove to be sufficiently energy-efficient. Besides, in the United Nation’s countries, the incandescent bulb regulation excludes special purpose bulbs like those used in ovens and refrigerators, infrared lamps as well as the decorative incandescent lamps whose glasses are tinted. Initially, the policies also had a loophole allowing manufacturers to make and sell rough service incandescent bulbs.

Rough service incandescent bulbs refer to the lamps which are particularly manufactured to withstand the industrial environments’ rigors. However, the UN later came up with a new regulation which eventually closed the loophole, banning all rough service, high and low temperature as well as squirrel cage bulbs that support incandescent  technology.

Although initially people shied away from replacing incandescent bulbs with LEDs, citing the latter’s high prices; LED bulbs have become more affordable due to the increased supply. Therefore, power consumers have found LEDs to be an affordable and energy-efficient replacement of incandescent lamps.  The light produced by the incandescents has an almost similar spectral direction as to one generated by the Planckian “black body.” What does that mean? While the filament becomes hot, the bulb generates light from wavelengths in the entire visible spectrum.

On the other hand, the more energy-efficient lighting alternatives such as light-emitting diode (LED) products utilize phosphorous or monochromatic LEDs to produce white light. A LED bulb has a semiconductor that glows upon the application of voltage and doesn’t need heat in order to produce light. Therefore, the energy consumption in LEDs is lower than an incandescent which requires the heating of its filament for it to glow.   Besides, LED lamps produce more focused and safe light which lasts for a long time than the incandescent counterparts.

Nowadays, LED lights have become one of the most preferred lighting options, especially in the countries that have banned incandescent bulbs’ manufacture and sale.  Our company has been in the forefront to help people embrace the new energy-efficient lighting option by manufacturing top-notch LEDs for general and special-purpose applications.  Many consumers of LEDs aren’t willing to go back to incandescents even in the absence of the since they’ve found the new lamps very cost-efficient and don’t produce harmful ultraviolet rays. Besides, LEDs have a longer lifespan than the incandescent lamps.

The incandescent ban was and remains to be a wise move to reduce the waste of electricity power. The regulation has opened people’s eyes to see other lighting options that produce high-quality light, with less energy composition. LED happens to be the best alternative so far.